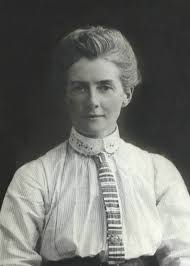 Today, we mark 105 years since the death of Edith Cavell.

At the time of the outbreak of the First World War, Edith was at home in Norwich visiting her family. She told those closest to her that “at a time like this, I am more needed than ever” and made plans to return to Belgium.

Edith cared for all the wounded, regardless of nationality and soon began to work with others to smuggle the Allied soldiers under her care out of the hospital and across the border to neutral Holland.

It is believed that she saved the lives of over 200 men thanks to her bravery. Suspicions amongst German Officials grew and after a lengthy investigation Edith, along with others, was arrested and sent to trial.

Edith was found guilty of treason and sentenced to death by firing squad.

Soon after her death, a fund to care for the nation’s nurses was set up which is now Cavell Nurses’ Trust. https://www.cavellnursestrust.org/

Today,Edith Cavell remains an inspiration to many.

“At a time like this, I am needed more than ever.”

Today, we mark 105 years since the death of Edith Cavell.

Her story and attitude are reflected today by the efforts made by so many healthcare professionals, nursing on the front line during an unprecedented global pandemic.

Edith had a calling to be a nurse and help in a time of crisis and faced her challenges with bravery and determination.